Chinese Industrial Investment in the U.S.: The Time is Right!

Top U.S. manufacturers are shifting their capital, operating and marketing and sales activity from the U.S. to developing markets, where the profit margins are higher. This leaves the U.S. SME industrial purchasers without dependable and affordable supply from large domestic suppliers upon which they previously depended. There is an important market gap in the U.S. industrial sector that large Chinese companies can profitably serve, albeit at a lower profit margin that top U.S makers require for shareholder value. Chinese companies should look at this gap as the basis of their international marketing strategies.
The Sany Group, China’s largest manufacturer of earth moving and construction vehicles, has just announced that it is planning to open a $60 million assembly plant in Peachtree, GA, USA. The first products will be trucks mounted on concrete-pumping equipment.

AVIC has made two notable U.S. aviation acquisitions this year: 1) Cirrus general aviation in Duluth, Minnesota. Cirrus is a recognized leader in general aviation, best known for incorporating luxury automotive ergonomics, pilot‐friendly avionics and advanced safety features into its high performance airplanes. It has delivered nearly 5,000 new piston airplanes over the last decade and is the best‐selling four‐place airplane in the world. 2) AVIC has also acquired Teledyne Continental Motors, Inc., located in Mobile, Alabama, which is recognized as a global industry leader in the development and supply of aircraft piston engines, parts and components for more than eight decades. Continental Motors provides engines to most of leading piston aircraft manufacturers in the world.

The list of Chinese acquisitions of U.S. manufacturers and new industrial developments can go on and on from industry to industry. While the press emphasizes Chinese global acquisition of strategic mineral and natural resources, it generally overlooks manufacturing acquisitions.
These purchases and new facilities are not simply a response to cheap assets in a distressed U.S. economy. Chinese companies, either State-Owned or private, do not spend money on faltering or worthless foreign assets. The acquired companies are making money and profits, but their future survival as suppliers to top American industrial purchasers is questionable, because their purchases cannot meet the high profit margins that top U.S. companies are seeking and getting in exports to developing markets. This trend of U.S. top business global strategy is revealed in a current report conducted by Kotler Marketing Group USA, entitled “Marketing through Difficult Times”. The report is available at www.kotlermarketing.com.

The KMG study interviewed 190 CEOS and senior marketing and general management executives of top U.S. companies on their major strategies for profit growth in the current weak domestic economy. Corporate profitability during this difficult period rests upon foreign sales driven by five strategies: 1) Emphasis on product profitability; 2) Increased use of digital marketing communication; 3) Increased reliance on Strategic Account Management; 4) Reducing the number of marketing employees; and 5) Expanding the responsibility of the sales force. Each of these factors is rich in strategic implications for large Chinese enterprises that are fashioning international marketing strategies.

Recent product profitability of large U.S. corporations is due to the shift of manufacturing and sales from on-shore to off-shore purchasers. GE saw U.S. revenues in core industrial businesses shrink 3.4% during the second quarter of 2011, while its international revenues soared 23%, accounting for the 59% of the company’s total industrial revenue. GEs China business rose 35% to $1.2 billion and it orders increased 80 percent. Forty six percent of its work force is in the U.S.; but mostly producing for export. For example, every gas turbine manufactured by its 3,000 workers in its Greenville facilithy is exported. GE announced its policy of maintaining only half of its work force in the U.S. This means that its capitalization for new manufacturing facilities will be primarily off-shore. As off-shore facilities advance in technology and capacity, they will absorb current U.S. export sales and further reduce GE operations in the U.S.

Air Products & Chemicals, a major global supplier of argon, oxygen and other industrial gases, will split its capital investment equally between the U.S. and Asia.
Caterpillar reported a 44% rise in 2011 second quarter profits to $1.02 billion, most of this in foreign sales. Ninety per cent of the large mining trucks it makes in the U.S. are exported. More than half of 17,000 new hires this year are off-shore. According to Richard Lavin, President of Caterpillar’s Global Construction Business, “We have got to win in China…if we do not lead in China we’re not going to be the global industry leader”. While Caterpillar excavator sales increased in China this year 52%, Sany grew its excavator sales 97%. Caterpillar is splitting its $3 billion capitalization for new projects in half between the U.S. and foreign markets, principally China.
This data suggests that large U.S. companies are strategically limiting their capitalization, employment and sales in the U.S. economy, while pursuing higher profit margins off-shore. While this trend is a short term detriment to the U.S. economy, it is good news for the Asian economy, U.S. corporate shareholders, and finally, and most important, for Chinese manufacturing to pick up the slack and serve the U.S. industrial purchasers, as well as export purchasers, that do not meet Caterpillar’s profit margin requirements. This brings us to the third finding of our study.

Executives report an increased reliance on Strategic Account Management. This means that Caterpillar, GE, and its cohort of top global U.S. manufacturers are shedding their small customers at home and abroad and focusing of their large, high profit accounts. Chinese mainland manufacturers are already benefitting from this policy by selling to smaller purchasers in developing markets. However, the major new opportunity is for large scale Chinese manufacturers to come to the U.S. and supply this SME industrial sector, abandoned by the top U.S. manufacturers. U.S. SME competitors that historically competed with the top makers to sell to industrial buyers at a lower price do not have the scale or credit today to get this business. Companies like Sany, AVIC, Huawei, ZTE, Goodpower, BYD, Haier and many other well capitalized industrial manufacturers have an open door foothold to build facilities in the U.S. to sell to small account purchasers at a suitable profit margin, though less than top U.S. makers, and eventually win larger domestic and foreign accounts. Sany’s new facility in Peachtree, GA is going to do this.
Our further finding on the reduction of U.S. based marketing staff by the large corporations reinforces the focus on strategic accounts. The main point is that there is a growing unmet U.S. market for small and mid-size industrial purchasers to whom the top U.S. manufacturers are paying less marketing attention. China has the capital and international marketing strategy to fill this gap. Further research should be done to size these different neglected industrial market sectors and develop strategies and tactics for capturing this segment that the top U.S. makers are forsaking.
In coming years we may see the ironic reversal of global development. From 1982 forward, inbound FDI has rapidly advanced the Chinese industrial economy. From 2011 forward, Chinese in-bound FDI to the U.S. may revive the U.S, industrial economy. 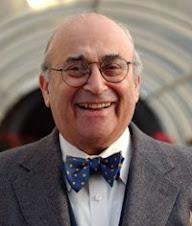